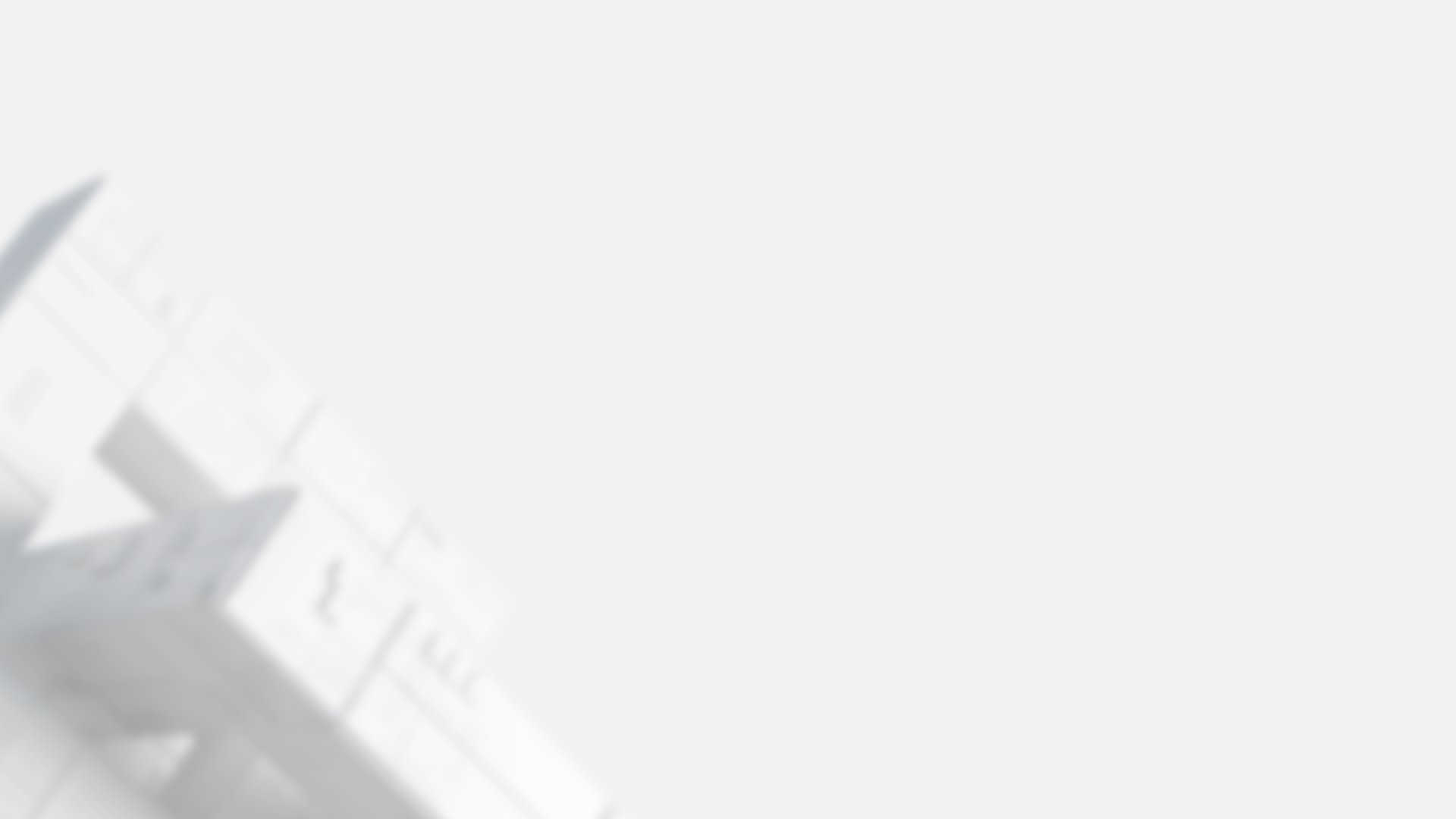 News In the press
Data-processing centers in a megalopolis: air-cooled economics

In an interview with PCWEEK, General Director Alexey Soldatov revealed how to achieve average annual PUE

In an interview with PCWEEK, General Director Alexey Soldatov revealed how to achieve an average annual PUE of 1.25-1.3 accounting for the main criteria of cooling-system design.

DataPro’s flagship data-processing center in Moscow received Tier-III certification from the Uptime Institute for its level of fail safety in the Design category.

DataPro’s flagship data-processing center in Moscow received Tier-III certification from the Uptime Institute for its level of fail safety in the Design category. The company’s press service announced yesterday that the first lot of 400 racks will be launched by the end of August.

DataPro Moscow 1, with an area of 16,000m², is situated on Ulitsa Aviamotornaya. It will be the company’s largest data center not only in the Moscow region but in all of Eastern Europe. The data center is projected to accommodate 3,000 racks with a total capacity of over 20 Mwatts. The building of the Moscow data center began in February 2014. By the end of August the first lot of 400 racks will be launched, followed by the second lot, also of 400 racks, by the end of October.

“The data center at Aviamotornaya is one of the largest industrial projects in Russia,” said general director of DataPro Alexey Soldatov. “Uptime Institute certification is a logical step in the development of the company. By the end of the year we plan to begin the process of earning the same reliability certification for the Facility category at both the Moscow and Tver facilities,” he said. He added that certification of all data-center working processes is planned for Operational Sustainability in 2015, and that two DataPro employees have already been certified as Accredited Tier Specialists.

The other DataPro center, in Tver, is certified as Tier III according to Uptime Institute’s international standard. It was launched commercially in November 2013 and has 400 racks with a total capacity of 4.5 Mwatts (see ComNews news of 13 August 2014).

By the end of the year the company will decide on the location of the third data center. “It will very likely be a second Moscow facility, as our clients absolutely demand backup in a conveniently accessible facility,” said DataPro deputy director Evgenii Bogdanchikov in the middle of August.

“DataPro’s center is one of the three largest commercial data centers in the Moscow region,” Ekaterina Andreeva, Technoserv group of companies’ press chief, told ComNews. “The next largest commercial data center in this region is Avantage, the building of which was begun by the Avantage and Technoserv companies at the end of 2013.” The Avantage center plans to accommodate 2,200 racks with a total capacity of 20 Mwatts. Ekaterina Andreeva considers Tier III absolutely sufficient to satisfy clients’ requirements of commercial data centers. She explains that for this reason there are almost no high-level, Tier-IV-certified data centers (with the sole exception of Technopark-Mordovia, also built by Technoserv; see ComNews news of 19 November 2013).

One of the most notable tendencies on the market of commercial data centers is towards the expansion of centers. “Analysts explain this as the result of increased competition on the market and predictions of its significant growth. This prediction is based largely on the general growth of data volumes, as well as the fact that in July of this year the State Duma approved outright at the second and third readings a legislative draft obliging personal details of Russian citizens that have been processed in the Internet to be stored in Russia,” said Andreeva.

For the first time the Acronis company stored data of its corporate and personal clients in a DataPro center in Russia.

The move was announced by Alexey Badaev, the Acronis vice president for marketing and sales in the CIS and Eastern Europe, at a press conference concerning the start of strategic collaboration between the two companies.

According to Badaev, the DataPro center in Tver is certified as Tier III according to Uptime Institute’s international standard. It was launched commercially in November of last year and has 400 racks with a total capacity of 4.5 Mwatts.

“The new data center will complement the existing Acronis facilities in Boston, Strasbourg, Tokyo and Singapore,” said Alexey Badaev. “With the launch of the data center in Russia, Acronis clients will receive dedicated local technical support, appreciate the significantly higher transmission rate resulting from the geographic proximity of the data repository – seven times quicker – and also have the opportunity to store their data inside Russia”.

According to the cofounder and senior vice president of development at Acronis Stanislav Protasov, business is cautious as concerns the storage of data in other regions. “You might even mention the so-called ‘Snowden effect’ – following the famous spy scandal, the risks connected with this kind of storage became starkly obvious,” said Stanislav Protasov.

Protasov underlined that consumers and business both prefer to put their trust in reliable partners who provide not only hosting services but also cloud solutions with high levels of data protection.

“We are delighted with our collaboration with Acronis, a world leader in data storage,” said DataPro’s deputy director Evgenii Bogdanchikov. “Questions of the secure storage and reserve copying of data are critically important to Acronis, and the choice of DataPro as a strategic partner in Russia speaks of the acknowledgement of the satisfaction of our data-processing centers of the high demands placed by the company on premises, concerning the accommodation of their IT infrastructure.”

He also said that in the third quarter of the current year the company plans to launch a data center in Moscow. The new center will have 3,000 racks with a total capacity of 2 Mwatts.

“Besides which, by the end of the year we will decide on the location of the third data center. It will very likely be a second Moscow facility, as our clients absolutely demand backup in a conveniently accessible facility,” said DataPro deputy director Evgenii Bogdanchikov in the middle of August.”

The Microsoft company, which also provides cloud-based data storage services, has long worked with Russian hosting companies such as Softline, Infobox and Masterhost, among others.

“The company also works with communications operators which provide various cloud services based on Microsoft solutions from its own data centers. Thus, Microsoft and OAO Rostelecom have a joint project for an office cloud service – a Virtual Microsoft Office,” a Microsoft representative told ComNews.

According to the deputy director of J’son & Partners Consulting (J&P) Sergey Shavkunov, strategic alliances of providers of online and cloud services and ICT infrastructure (commercial data centers and communications-network operators) have huge potential.

“As a rule, these are long-term partnerships demanding specific investment from both sides. Recently an alliance between Rostelecom and SAP was announced, with SAP providing cloud services. And the partnership between DataPro and Acronis is clearly not the last,” Sergey Shavkunov told ComNews.

“The potential of such alliances lies not only in the requirements of a host of legal acts concerning the localised storage and processing of personal data,” he added. “To no smaller degree it lies in the need for an adaptive ICT infrastructure, manageable by an applied service, in order to provide cloud and online services, especially mission-critical ones,” said Sergey Shavkunov. “Put more simply, an ICT infrastructure is needed that is capable of being tuned to service, rather than the other way round.”

According to Shavkunov, the Russian cloud-services market, including cloud-based data storage, is only in its formative stages at the moment. In financial terms, the volume of cloud-based data-processing and data-storage services (IaaS) provided to clients in Russia in 2013 can be estimated at approximately $50 mln.

“In the next five years we expect multifold growth in the volume of used server capacity and disc space specifically in the provision of cloud services, set against a decrease in the volume of used physical servers and DSS equipment on the part of corporate and mass consumers,” said a representative of J&P.